Right from the start, with Civilising Caliban, the published half of my doctoral thesis about  showing paintings to the poor  that was not weighed down by academic argument, I have come at art with a conviction of its relevance to society.

I have also come at it with a kind of built-in scepticism. That art is beautiful and stimulating , I have no doubt . But what worries me is when it is claimed to be good for us or its appreciation seen as a mark of our sensitivity.I think of art as a language that once learned can tell us a lot about the time in which it was made.

I  wrote my  thesis because it seemed incredible that a nineteenth century cleric could believe that paintings had the power to civilise his community of London’s poorest. Yet that is what he did believe and his ideas were exported round the world. I still don’t know whether he was right, though I know there are many today who still believe that art is ‘good for you’.

I realise that lots of things that bother me about life have fed into the books I have written about art. A concern with the built in unfairness that faces many social groups and a fascination with those who succeed against the odds has  directed my subjects, from the education of the women artists of the past to the ways they found to speak out about themselves through their self portraits in societies which valued modesty as a female virtue. 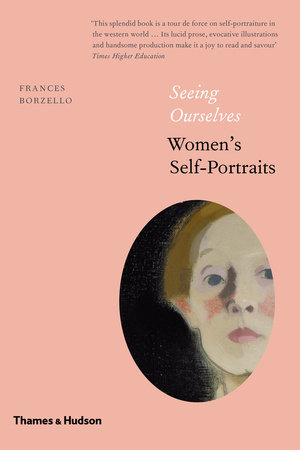 This is an updated and rewritten version of a book first published nearly two decades ago. Smaller in size than the original, it is presented as an illustrated read that argues for the originality of women’s self-portraits.  Surrounded by taboos that told them not to boast, not to look as if they put work before beauty, not to behave in an ‘unfeminine’ manner, they nonetheless managed to find ways to express their pride in their professional abilities which  are completely different, and just as original, as those of the male artists.   Their self-portraits leave the viewer with huge respect for their wit and talent.

“A revised edition of Borzello’s acclaimed exploration of female artists and self-portraits from  the 12th century to the present day. The author shows how women manipulate their own images as skilfully as any modern spin doctor. The narrative culminates in the self-confident, taboo-smashing modern era, exemplified by Alice Neel, who painted herself nude at 80.”

“Some books are so beautiful, you tremble to open them. Thames & Hudson’s new edition of Frances Borzello’s Seeing Ourselves: Women’s Self-Portraits is one of these, its ivory pages so crammed with fantastic reproductions, you might want to think about investing in a pair of white cotton gloves before you read it.” 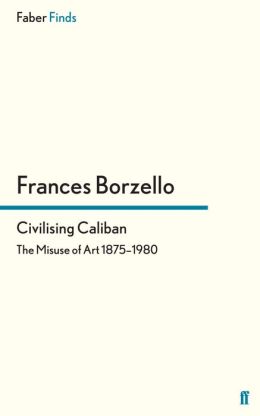 My doctoral thesis, first published by Routledge and Kegan Paul in 1987 and now reprinted as a Faber Find with a new introduction, started as an investigation into the so-called ‘wave of social realist art’ that supposedly hit the Royal Academy exhibitions  from the 1870s.  This developed into the discovery of the settlement movement’s use of paintings to refine the urban poor.

‘At the heart of Ms Borzello’s analysis is the character and work of that celebrated late-Victorian “improver” –Canon Samuel Barnett. …..little attention has been paid to the crucial and controversial role Barnett gave art to play in the improvement of the working classes.  For Barnett art possessed a remarkable and virtually irresistible “refining” and “civilising” power, a capacity “to improve not just the lives of the poor but the poor themselves”.  Albion, spring 1990 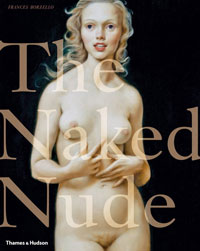 This book grew slowly.  In 1994, the exhibition of Jenny Saville’s huge nude women – huge in terms of painting size and the women’s generous flesh — impressed me as introducing a completely new kind of nude to art.In 2008, Australian radio asked me to revalue Kenneth Clark’s The Nude of 1956 in which he said the nude was a category cleaned up for art.  And then there was the feminist interest in the tyranny of the perfect body. These were just some of the things that led me to write about the way Clark’s definition of the nude was no longer relevant.

The Naked Nude is an attempt to account for the discrepancy on gallery walls between the traditional idea of the nude as the pinnacle of artistic beauty and the uncomfortable reality of  art’s nudes today, all lumps and bumps and pubic hair. No longer sanitised, they cause the viewer anger and embarrassment.

‘..Borzello brilliantly updates the evasively genteel distinction between naked and nude made by Kenneth Clark in 1956, exposing the new qualms of conscience that have emerged in our own frnker but more scrupulous era. Borzello’s illustrations are titillating, embarrassing and sometimes outright disgusting: here we find art holding a mirror up to our troublesome human nature and showing us who we are, genitals and all.’ Peter Conrad, The Observer, Dec. 2 2012